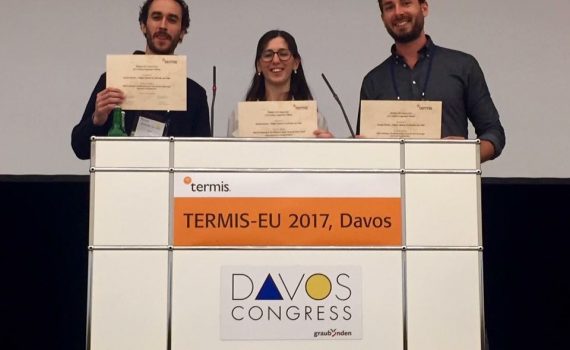 The TERMIS-EU SYIS Debate Competition has been launched for the first time during the TERMIS-EU 2017 that took place in Davos (Switzerland) the last 26 – 30 June. The topic of the Debate was “Will 3D-Printing or Decellularised organs rescue the donor-based organ scarcity for transplantation?”

The Scientific debate has been such an intense, brilliant, unordinary brainstorming. Filippo, Daniela and Sebastião would like to thank the TERMIS – SYIS council for this amazing opportunity.

This website uses cookies to improve your experience. We'll assume you're ok with this, but you can opt-out if you wish.Accept Read More